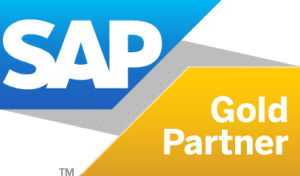 3 SAP Trends Companies Should Look out for in 2020

Since its creation back in 1972, the SAP system has been the leading business solution for companies of all sizes and types. This is supported by a recent publication relating to SAP Global Corporate Affairs which revealed that the system has been serving about 440, 000 customers in 180 different countries all over the world, having a hand in about 77% of all business transactions worldwide.

True enough, this ERP system was initially created by five former IBM employees to serve as standard software for business processing that huge corporations can use. However, numerous innovations in SAP over the years paved the way for the creation of modified SAP systems that cater to a larger demographic, including SME.

Now, with the help of digitalization, SAP systems continue to evolve and lead the path towards major advancements for futuristic ERP. With this notion, we can expect this software to keep growing as it moves towards revolutionizing the way companies operate. To give you a better insight into what kind of changes you can expect from this effective business application, let’s take a closer look at the evolution of the system and the new trends that you should definitely keep an eye out for.

Before diving into the topic head first, let us give you a brief background of what SAP, also known as systems applications and products, is all about. In simple terms, this system is an enterprise resource planning (ERP) software that incorporates key business functions of an organization. It contains several modules that focus on different functions of running a business such as production planning, human resource management, material management, financial accounting and controlling, and many more.

The entire system is divided into different divisions that can stand alone. This means that you can just use one of the modules instead of the whole. However, each of these modules was actually created to fit and complement one another like puzzle pieces. And true to this notion, the SAP system is more effective when used as a whole just like how jigsaw puzzles are best appreciated once all the pieces have been placed together to reveal the picture.

Innovations in Systems Applications and Products

Since its inception, the SAP system has continuously evolved with several models of the applications released in a little less than five decades. Starting out as a simple application for real-time business processing, it quickly rose to become one of the leading planning software systems with almost a hundred modules launched between 1972 and 2020.

In addition, the entire system boasts of an extensive collection that covers all aspects of running both major corporations and small to medium enterprises. Aside from these though, SAP also distributed enhancement packs that are aimed at innovating and developing the platform in line with the technological advancements that the age of digitalization has brought on.

The emergence of the digital age, also known as the information age, played a pretty big role in the overall development of the SAP system. Almost every year, new trends have been introduced in the planning platform that provided it the ability to cope with the ever-changing conditions of the business industry. With that said, there are actually several trends that have recently been introduced to the system with the help of smart technology – all of which we’ll feature and talk about below.

In general, machine learning is a subset of artificial intelligence that allows a computer system to perform tasks without explicit instructions. It uses sophisticated algorithms that enable it to absorb a massive volume of data and learn from them without any supervision.

Having the capability to learn on its own, this advanced technology is able to map out solutions by relying on patterns and inference alone. Thus, the system can generate an answer to complex, non-linear problems even without being presented with a set of instructions, options, and answers.

This technology has actually been incorporated in various SAP modules already, and this is why they are able to provide efficient and effective solutions for problems concerning different sectors of a company. However, the system is yet to be perfected as it is still under continuous development.

Nonetheless, the implementation of machine learning as part of an SAP system is expected to benefit companies in a lot of good ways. Given its impeccable ability to analyze data, it serves as the key to optimized decision-making which is fundamental to the growth and success of enterprises. This is supported by a prediction from Forbes stating that enhanced and intensified data synthesis through this technology can give businesses, especially SME, a serious take away from this year onwards.

As the name implies, blockchain consists of blocks that make up a list of records linked to the use of cryptography. These blocks each have stored information such as timestamp, transaction amount, currency, username, and many more. In a sense, each block has a different digital signature from other blocks that make it unique and distinguishable. And by design, this blockchain technology is practically resistant to modification of data, which is why they are useful in optimizing the flow of transactions without depending on intermediates such as banks and brokers.

In SAP, the concept of blockchain was first introduced in the SAP Cloud Platform Blockchain followed closely by the SAP HANA Blockchain Service. These platforms are relatively difficult to hack since blocks are transparent, immutable, and decentralized, giving more protection for companies and their customers against online scams and threats. They also provide a reliable and quick distribution of ledgers that leads to faster international money transfers, making the entire system more efficient.

Admittedly, blockchain technology isn’t all that popular yet. However, many corporations and businesses are actually using it now. As a matter of fact, this trend is expected to rise in the next few years as the World Economic Forum predicts that 10% of overall gross domestic products (GDP) will be covered by said technology by 2027.

In a simple sense, the internet of things is an interweaving system that connects a plethora of devices together. In a way, we can already see how this trend is used in the SAP system as devices containing the varying modules of the platform are interconnected with one another. This makes information dissemination across different departments a lot faster. In addition, the entire system is centralized in a way that all stored information is accessible to different sectors of an organization, making it easier for each department to communicate with another.

Compared to the lower scale of IoT already witnessed in various SAP modules, the current development of this technology is aiming to reach a wider scope by connecting more devices for a unified integration of network and enhanced operations. As of now, studies predict that IoT will connect about 21 billion devices by the end of 2020, which will definitely solidify the efficiency of business operations and the accuracy of data collection.

The Effects of Identified New Trends in System Applications and Products

With these new trends on their way to perfection, you can expect that the SAP system will most likely improve as an all-in-one business planning software. Once the system maximizes the use of these technologies, SAP will definitely become an insurmountable business tool that can help your company achieve revolutionary growth and success. The Importance of Ecommerce Platform Integration with Your ERP How to Set Inventory Management Goals That Work for Your Company Understanding the Importance of Having an Efficient Inventory Management System